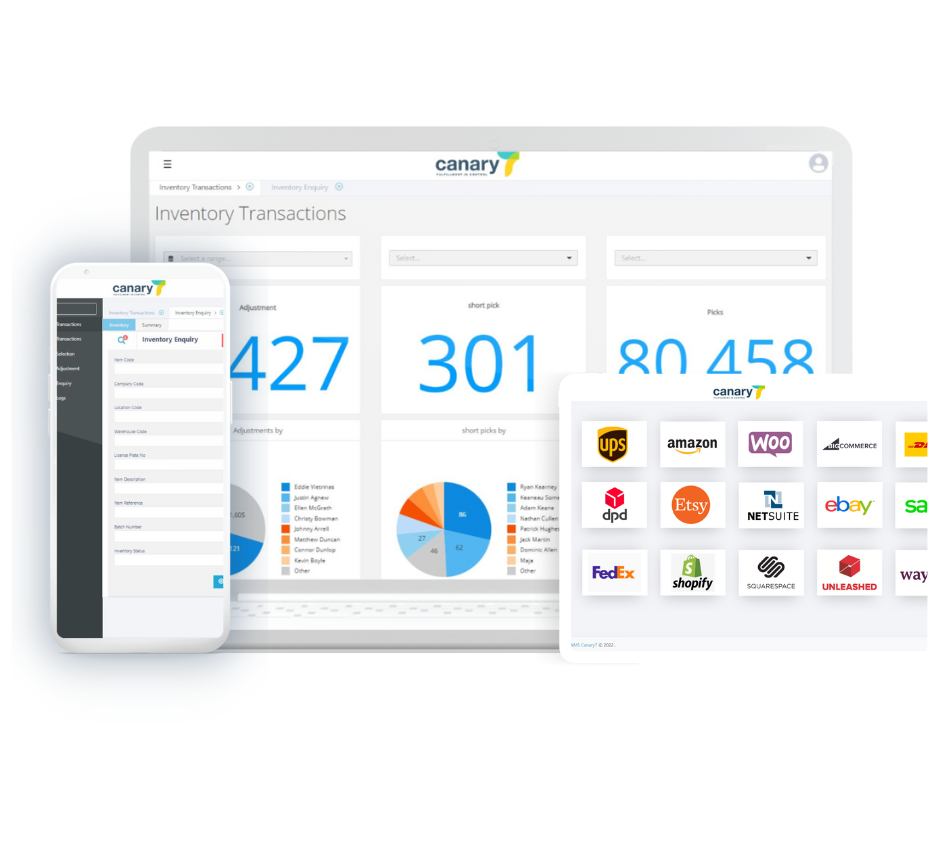 How hard can running a spare parts warehouse be?

The answer is: very hard.

This is further amplified when you realise that since the parts department of a business don’t directly generate income for the company, they are more likely to be neglected – which of course, is a grave mistake. This is because parts inventory management is necessary for your business to operate property, and not paying due attention to it can in fact be quite detrimental to your operations.

Which means that parts inventory management system is more or less a necessity for any business that regularly deals with spare parts.

What is Spare Parts Inventory Management?

Spare parts inventory management or parts inventory management refers to the handling of stock items that are used to replace the failed parts of equipment. So, think of things like grease, gear, motors, belts, and bolts. All of these classify as spare parts and are kept readily available at manufacturing factories and warehouses in order to quickly address any equipment failure.

Since spare parts can comprise a large number of items varying in both nature and size (batteries, light bulbs, cartridges: you name it!), they are usually handled in a space separate from the rest of the inventory. They usually come under the domain of the maintenance or general operational departments, and can be found in stockrooms on location.

Well, for the most part, no.

To begin with, since spare parts vary in nature and size, they can be a little bit “all over the place.” Essentially, this means that if you don’t opt for a systematic approach in handling it, thing can take a turn for the worst very quickly. Without spare parts inventory management, you are exposing yourself to the risk of increased downtime, a dip in the quality of your work, operational delays, and unnecessary spikes in your expenses.

Therefore, it is quite important for any and every manufacturing business to pay attention to spare parts inventory management.

Whether you deal with auto spare parts or manufacturing spare parts, inventory management processes for the parts department can be greatly improved by just making a few tweaks here and there.

Below, we discuss 10 ways you can refine your inventory management processes for spare parts – so make sure you bookmark this page and return to it whenever you are looking to rethink your strategy for inventory and stock management!

1. Label all parts correctly and effectively.

However, when it comes to the parts department, it is even more important to label all your components properly. This is because as mentioned earlier, your spare parts are likely to vary greatly in terms of size, nature, and function. If you fail to label them properly, you will struggle with establishing what’s what, which can send you spiralling down a rabbit hole of confusion.

Labelling is particularly important for critical components. These are usually identified as the parts that are critical for the machinery used for the most important business operations.

We’ll look into the effective ways to label critical components in just a moment, but first, let’s look at an example instead. Let’s pretend you are a jam manufacturer. The manufacturing process for your jam has started and your raw materials, i.e. the ingredients for your jam, are past their raw stage and ready to be poured into jars. However, in order to get to the stage where the jam is poured into jars, the product has to go forward on a conveyor belt. But lo and behold; the conveyor belt stops working and as it turns it, it must be replaced urgently in order for your operations to continue.

As you can probably tell, the belt in this scenario is a critical component, as without it, your main product i.e. jam, cannot be properly produced. The example at hand is meant to highlight the importance of having such items readily available, and that can only happen if you have a proper parts inventory management system in place that takes into account effective labelling.

As for the labelling, there are two popular methods that you can opt for when it comes to labelling. These are the ABC method and the XYZ method.

The ABA method, according to AICPA, is a method that is for “classifying inventory based on the items’ consumption value.” What this essentially means is that in this method, you arrange your parts in accordance with how much they are used. A parts are the ones that have the “highest consumption” i.e. the ones that are most used, whereas B parts have medium usage, and C parts have the lowest usage.

According to AICPA, this method is used to classify inventory items in accordance with the variability of their demand. In that regard, the X parts will be the parts that can be reliably forecasted and require very little variation, whereas the Y parts come with the prospect of some variation, and the Z parts are the most variable and hence quite difficult to forecast. 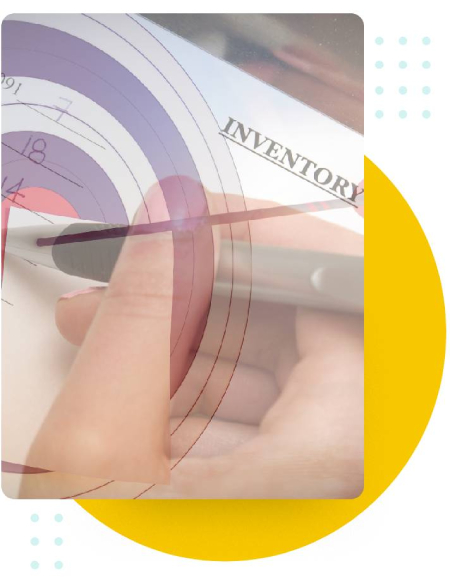 2. Aim for a balanced inventory volume.

Another very important aspect of spare parts inventory management is maintaining a balanced inventory volume. The hard part is that this is easier said than done, and many business and maintenance departments often struggle with this. What can truly help you achieve this is the sawtooth diagram, since that can help you contextualise your inventory stock, and understand its depletion and replenishment over time.

The idea is that the y axis of the sawtooth diagram should represent the overall inventory level, whereas the x axis should reflect time. Against this backdrop, the “saw teeth” will show the decrease of inventory over time. This means that the peaks on your diagram will give you an insight into the maximum inventory level whereas the distance between each of the peaks shows the amount of time taken between the shipments (also known as cycle time). You can use other markers as well to have a sense of the lead time and reorder point.

Bill of Materials, usually called (BOM), is a centralised source of information that is utilised to manufacture a product. It is an extensive list of all the instructions, elements, and even raw materials needed to manufacture a product. Typically, it takes a hierarchical structure: the finished product is displayed at the very top of the list, whereas the bottom half consists of all the materials gone into making that list.

If you are in the manufacturing industry, you must already know how important BoM is. It is your fool-proof ticket to outshining your competitors and creating something that your customers just cannot say no to. 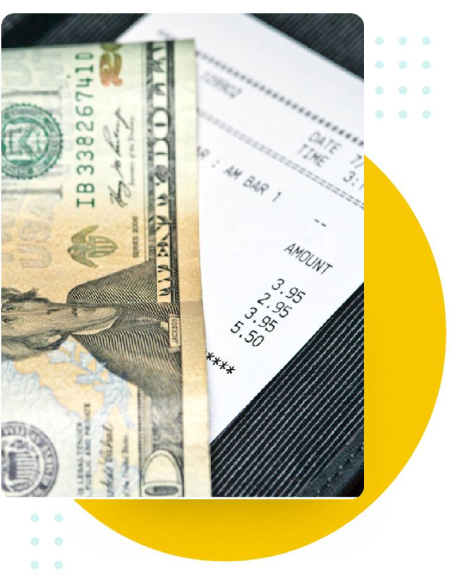 However, if you want to make sure that the BoM actually makes a contribution towards your success, you must make sure that it is regularly updated. This can very easily help you in getting rid of inventory inaccuracies, and it can also help you counter spare parts spikes and shortages. Keeping your BoM up to date can also help you strategize and create a better preventive maintenance technique.

So, make sure you are reviewing your BoM every now and then, and adding and removing parts to the list in accordance with your needs. Also, ensure that your inventory processes take the list into account and use it for the better organisation of things.

Fortunately, this can be made easier within any used auto-parts inventory management system, so you don’t need to worry a lot about you to do this. 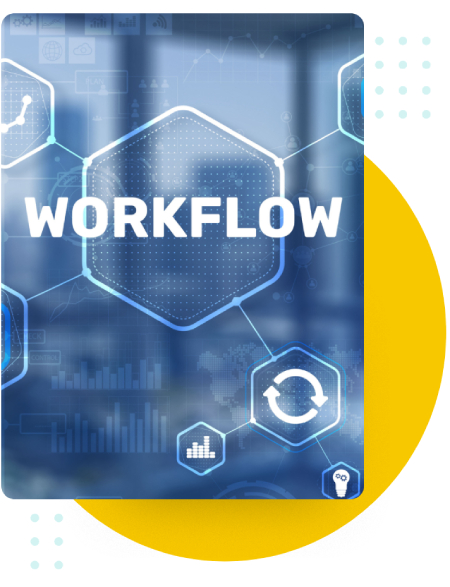 Let’s step out of the world of technical inventory management, sawtooth diagrams, and BoMs for a minute and look at something supposedly very basic: the work routine.

Believe it or not, the work routine is directly connected to how well you manage your parts inventory. If the work routine and work order is not properly followed by all members of the team, chaos is more than likely to ensure. For example, if you store excess parts in some section of the inventory without labelling it properly, you won’t be able to find them when needed. Similarly, if a warehouse operator fails to file a formal work order before removing an item from the inventory, the entire parts inventory management system can become a problem.

It is important to create and implement a proper work routine for everyone involved in the manufacturing process, as well as create a work order process that boosts efficiency.

Some ways to do this include:

In fact, training your employees on the ins and outs of inventory management in itself is very important. They must be sufficiently trained to now only understand the different aspects of parts inventory management, but also confidently navigate any stressful inventory related issues that may arise. They should also be in the habit of following all processes that you set for inventory management.

All of this can only be done if you invest in prosper training of your employees. This is especially true for the maintenance officers that deal with the spare parts inventory on a regular basis, as they need this the most.

There are many training programs that can help you with this and train your employees in a way that they understand inventory management and also learn to implement efficiency at the core of their everyday activity. More convenient, however, is parts inventory management software that comes equipped with user guides and other aspects that simplify the whole process for both you and your team. 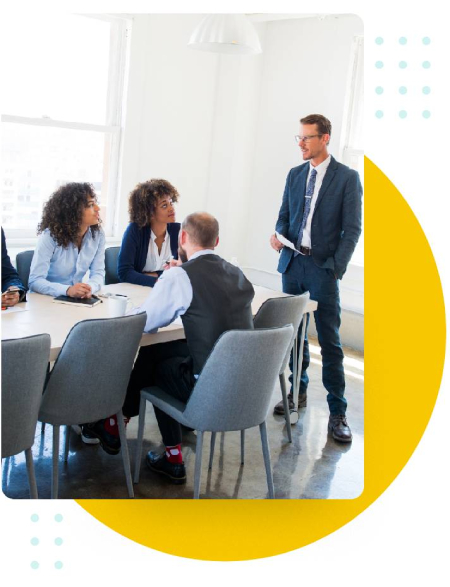 Enter your details to book a demo of the Canary7 WMS, built for 3PLs, and fulfillment houses.

The Role of a Parts Inventory Management Software

As it must be clear by now, all the above-mentioned things can be easily achieved with the help of a spare parts inventory management software. Whether it is the regulated update of BoM, making the sawtooth diagram, labelling your items, or training your employees: everything that can be considerably streamlined and sorted out with the help of a parts inventory management system.

Some other aspects that spare parts inventory management system can help you with include:

However, when it comes to picking the right parts inventory management software, things can get a little confusing. This is because there are many software solutions that claim to be redesigned from spare parts inventory management, and all of them seem to offer the same features – which means that making the right choice is easier said than done.

Yet, there are some important features that any good inventory management software will have. When picking your choice of solution, make sure you check the system for these aspects:

What’s even better is that Canary7 is a one-stop-shop for all your warehousing and fulfilment needs. So, we are great for inventory management, but also for things like warehouse management, warehouse control, order management, and labour management! Essentially, opting for Canary7 as a software solution means empowering your warehouse to be the best version of itself.

We understand that efficiency is one of the most important aspects for any business, which is why all the solutions Canary7 provides are meant to equip all your processes with utmost speed, quality, and efficiency. Not only that, but you can also create insightful and accurate reports on the progress of your business, and hence make it easier for you to make the right decisions.

Install these features in your warehouse processes and watch your fulfilment and inventory management processes evolve beyond recognition.

Enter your details to book a demo of the Canary7 WMS, built for 3PLs, fulfillment houses, and online retailers.